Restaurant & conference manor home in a historic environment. The mansion serves a lunch buffet Monday-Friday 11:00 to 13:30. Other days / times open for pre-booked groups. Sunday brunch is open during summertime

The conference is attached to the mansion in a large sidebuilding. It has been converted into modern and specially adapted meeting rooms which can accommodate about 50 delegates. Adjacent the manor house you will find a herb garden, loft knowledge and pedagogical playground. Black's industrial heritage has an interesting history. There are guided tours, customized educational programs, skittles, and more all year round for groups and individuals. Tastings are held and also private parties.

The historic building Svartviks Manor Home was built in 1821-22 for the Swedish State River Cleanup Committee's behalf. They worked to make Ljungan accessible and bought land in Svartvik to build several homes, including the mansion, with its two wings. Curiously enough, the mansion was built from the trees that grew on the spot. Svartviks estate was bought in 1977 by the Municipality of Sundsvall and has been used as a restaurant since 1985. 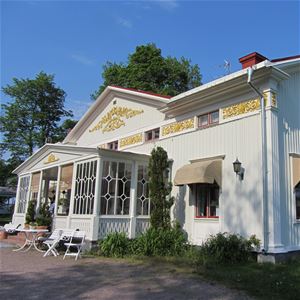 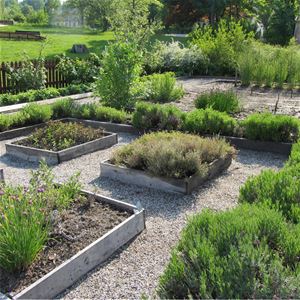 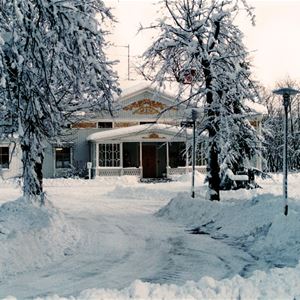